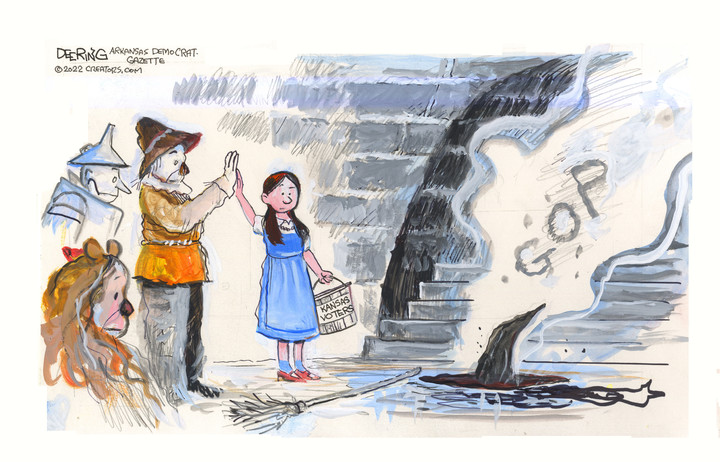 John Deering is chief editorial cartoonist for the Arkansas Democrat-Gazette, the state’s largest newspaper. 5 instances per week, his cartoon feedback entertain (or typically enrage) readers all through Arkansas, in Washington, D.C., and throughout the nation.

Deering’s work is collected in two books: Deering’s State of Thoughts (1990) and We Knew Invoice Clinton … Invoice Clinton Was a Good friend of Ours (1993, with Vic Harville). He’s a 14-year member of the American Affiliation of Editorial Cartoonists.

Born in 1956 in Little Rock, Deering has been drawing since his childhood fascination with science fiction and dinosaurs — topics he made into comedian books. After finding out artwork with Truman Alston, Deering centered on business and tremendous artwork on the College of Arkansas at Little Rock. Alongside the way in which, he discovered his energy in interlocking artwork with remark.

He and his spouse, Kathy, have a daughter and two sons, and dwell in Little Rock. He nonetheless attracts dinosaurs.

Take a look at his comedian strips, Zack Hill and Unusual Brew.

Future Self + Zoella: In Dialog With the Founders